We’ve been in operation since 2004 – serving primarily the Southern Suburbs – originally from our building at 247 Main Rd Claremont.  In 2015, we moved to a more active site in Vineyard Rd, Claremont – a bustling, highly visible environment right opposite Cavendish Shopping Centre.

Founding member Anton du Plessis has been involved in property his whole life – developing, renovating, investing – and importantly buying and selling on his own account on multiple occasions. Being an experienced buyer AND seller really adds insight to understanding the psychology and nuances of  the sales process from the viewpoint of a buyer – and a seller.

Anton passed the Estate Agents Examination in 1989, but did not practice as an agent until 2000 when he worked for Pam Golding Properties in the Lower Claremont/Rondebosch areas – achieving four sales in his first month as an agent, and multiple company awards thereafter. (Granted, the market was on his side – literally taking off in 2000). In those days, Anton had the privilege of working whilst the legendary Pam Golding was herself actively involved in the business.  A little like working for the ANC back in the day when Nelson Mandela was steering the company ethos.

He then worked for Seeff Properties in Steenberg/Zwaanswyk  – eventually selling exclusively in Newlands as one of the top performers in the Western Cape. Despite the many benefits of working for Seeff,  he decided to set up his own boutique real-estate business in 2004. Vineyard Estates was formed with a partner who was bought out of the business in the same year. Vineyard Estates is one of the only independently owned real estate companies in the Southern Suburbs where the Principal is also the primary selling agent, and one of the only companies in the Southern Suburbs where the primary selling agent holds the NQF5 qualification as opposed to most agents who hold the NQF4.

Whilst there is undoubtedly more money to be made having multiple agents,  the company would rather take on fewer homes and offer the higher level of expertise and service that Anton is able to guarantee to every single mandate. His wife of 20 years Angelika assists with the Rental Portfolio and with valuable property insights from the fairer sex’s perspective. Office administration is very capably handled by Alison Petrus. We’ve also built up a strong network of professionals in the legal, financial, architectural and town planning fields to assist us when required.

Anton is currently a Director of the Institute of Estate Agents Western Cape, and has been since 2008. 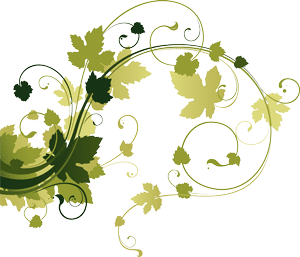