Serious legal problems can arise when a house or an apartment is bought by a couple who are not married and only one of them signs for it.

Anton du Plessis of Vineyard Estates says; “The couple being partners carries no weight in law – unless the arrangement is signed and sealed under what is known as a cohabitation agreement or, alternatively, if the deed of sale stipulates that they are joint owners adn specifies the extent of each one’s shares.

” Some people believe that if one or other party can establish that the couple were in what is referred to as a common law marriage, any assets will be divided equally amoung them if they split – but this is not so as a deed of sale will result in the property going only to the buyer or buyers who are listed. Common law or verbal agreements carry no weight here.”

“Where other assets are concerned or if the home is sold, the law is inclined to be slightly fairer but there have been many cases where split couples have each walked away with only what they originally had, and the proceeds of a sold property were not equally divided.

“So people who are buying a home with a partner who is not a spouse in the traditional sense must ensure that the deal is confirmed in writing and specifies the share of the property held by each party. it is wise to enlist the advice of an attorney to ensure a fair agreeemnt.”

Du Plessis says that if one party pays off the mortgage for 10 years, it may be fair that they receive a higher proportion of any eventual proceeds of a sale, “Likewise, if one party spends a large capital sum of improvements to the proeprty, this should be catered for in the division of proceeds.”

Another common problem in joint ownership, he notes, arises when one party wishes to sell, and the other does not, or where an acrimonious separation occurs and one party refuses to entertain reasonable offers to purchase.

“However this too, can be resolved if there is a formal agreement governing the asset.” 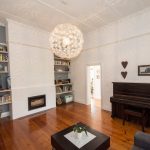